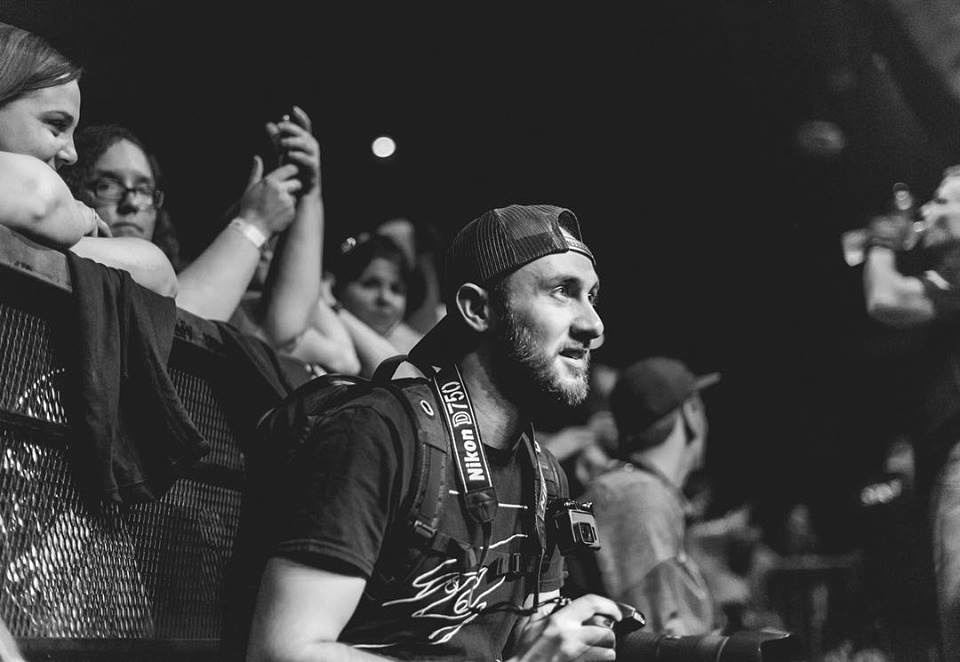 As most of you will probably already know, I had the complete honor and privilege of photographing two shows for my favorite musician and hero, Frank Turner, and his backing band, The Sleeping Souls. The first show was in Burlington, VT at Higher Ground (one of my absolute favorite venues) and the other was at Hampton, NH at the Hampton Beach Casino Ballroom (which I had never been to before shooting the show).

Here are some of the lessons I learned:

1. Being a photographer with a press pass doesn't necessarily grant you access to do whatever you want. Access/freedom varies seemingly from venue to venue. At Higher Ground, I was especially taken aback by the security's demeanor toward me. Now, that's not to say they were doing a bad job; I just didn't expect them to be so gruff when I asked simple questions. It was my first gig after all, and I was curious what the rules were. My simple guess is that they are just used to dealing with terrible people, and therefore, they probably have to adjust their demeanor to prepare for everyone to be like that. Specifically, I'm referring to the rule that goes with concert photography where the photographer is usually only allowed in the photo pit in front of the stage and in between the barrier during the first three songs. I left the photo pit always after the first two songs because I wanted to get photos from the crowd too. During Sam Coffey & The Iron Lung's set at Higher Ground during the third song, I was told to put my camera down or get kicked out. I was unaware that I couldn't take photos in the crowd, especially when I had a press pass. But, I guess lesson learned, and I didn't lift my camera to take a photo after that.

With that being said, I had a completely different experience with security at the Hampton Beach Casino Ballroom. They were the most calm, accommodating people to deal with, and I think as a result I took better photos. I didn't feel like I was being watched at the Hampton show, like I was already doing something wrong by being a photographer at a concert (which is definitely how I felt at the VT show). I'm sure my readers know the feeling of doing work while someone is breathing down your neck; it's not fun, and it's stifling to one's creativity and productivity. So, word of advice if you're security at a concert venue: Be like the security at the Hampton show, and if someone comes up to you to ask you a genuine question about how they should behave so as not to make your job more difficult, don't be abrasive for no apparent reason.

2. The dreaded bright reds and blues of concert photography will potentially kill any perfectly framed and candid photo. The most difficult part of bringing (thousands!) of photos into Lightroom after shooting a concert is the fact that the lighting while shooting a concert is constantly changing, and that doesn't just mean exposure; it also means that there are different colors like blinding blues and overpowering reds that will wash out so many details in your photo. Hence why a lot of the concert photos you'll see are in black and white. The easiest way to rectify insanely blown out colors is just to switch to black and white and focus on the key details in the photo you're editing.

3. Having friends in the photo pit and people you look up to while photographing is one of the most empowering, uplifting, amazing feelings. I'm not sure if everyone photographing concerts has other people they know in the photo pit with them, but my friend Adam Graves was in the photo pit with me at the Hampton Beach Casino Ballroom show and because I really look up to him as a photographer, I felt encouraged to work harder. There was one moment during the Sam Coffey & The Iron Lung's set when we were sitting on the same step on the barrier that we just looked at each other and said, "Cheers" and clicked our camera lenses together. I'll remember that moment for a long time. 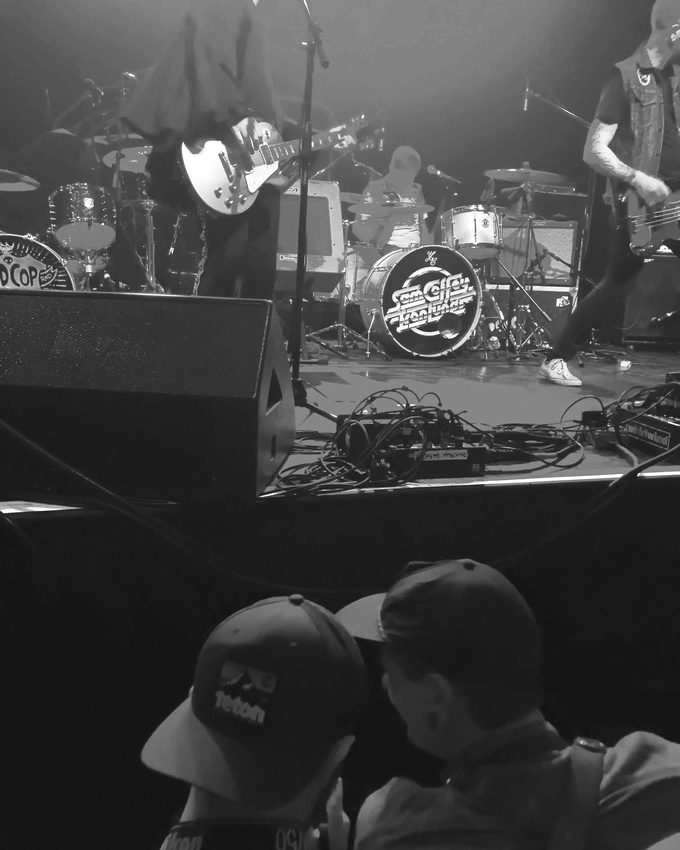 Me with Adam Graves in the photo pit

It was also really cool having Cynthia Wong there in the photo pit because it was her first time photographing a show, and she was learning just like I was. She takes incredible photos, and I have to be honest, being next to her and Adam felt a little overwhelming but also like a challenge I needed to step up to. I knew they were both capturing incredible moments, and I wanted to be on their level. I definitely think I rose to the occasion. 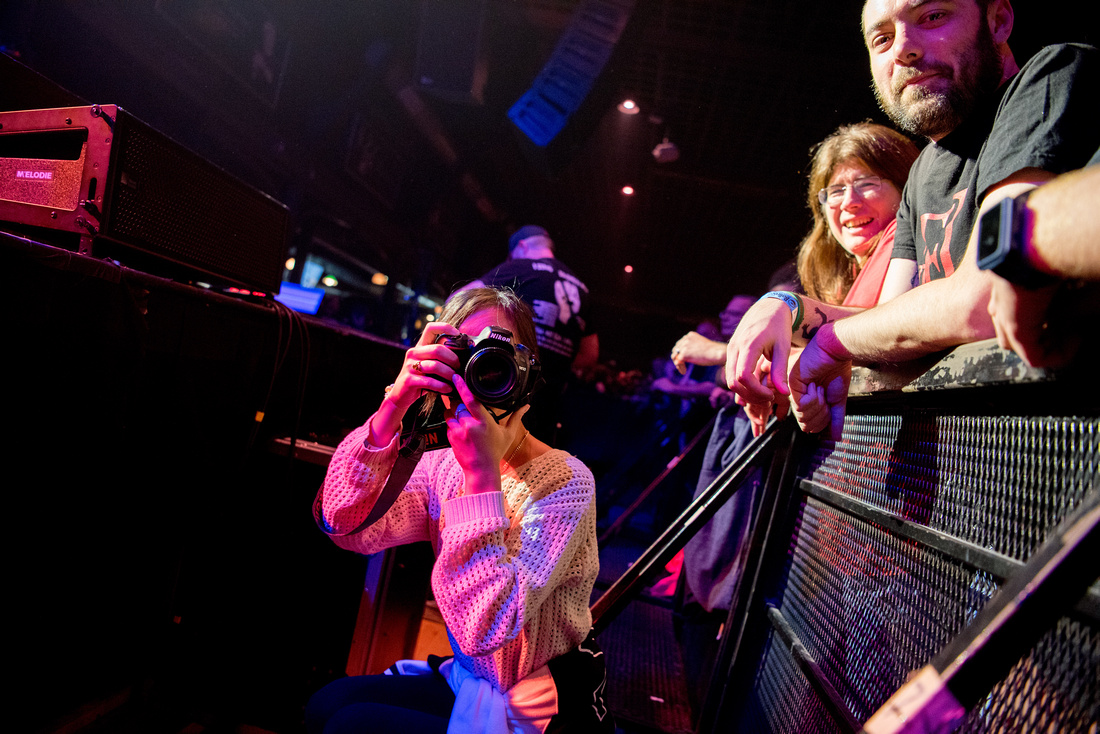 4. The final and perhaps most important lesson I learned is to own your passion. I've never fully felt like a "photographer." I always hesitated to call myself one, like I was somehow an impostor and shouldn't attribute the title to myself, but I've learned to own that I am a photographer. There was a radical moment of realization as I sat in the coffee shop editing the photos the day after the first show, looking at the photos I got from the night before, that I said to myself: "I'm a photographer." I wish at that moment someone had taken a photo of the smile that grew on my face. There's no better moment than the one when you completely own your passion. Declare yourself a photographer, a vlogger, a writer, a poet, or whatever else your passion's title is, and you will feel a determination to do more to satiate your passion's appetite, an appetite you will never fully satisfy if it's a true passion.

And I guess that's what I'm struggling with now. I have this passion. I have this energy, and the question becomes: What's next? 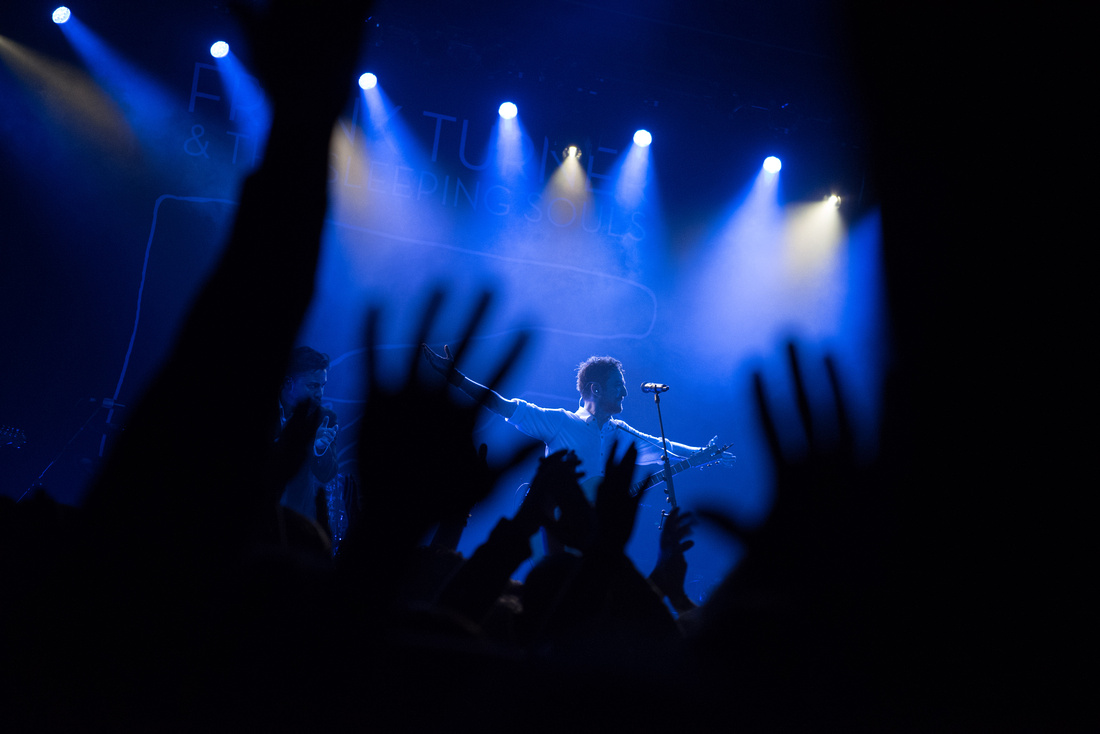